Eagles take on Trojans at the nest this Saturday. Following defeats to Portsmouth and Andover, Eagles look to return to winning ways after a rest week.
Team selection for this week and full match details below. 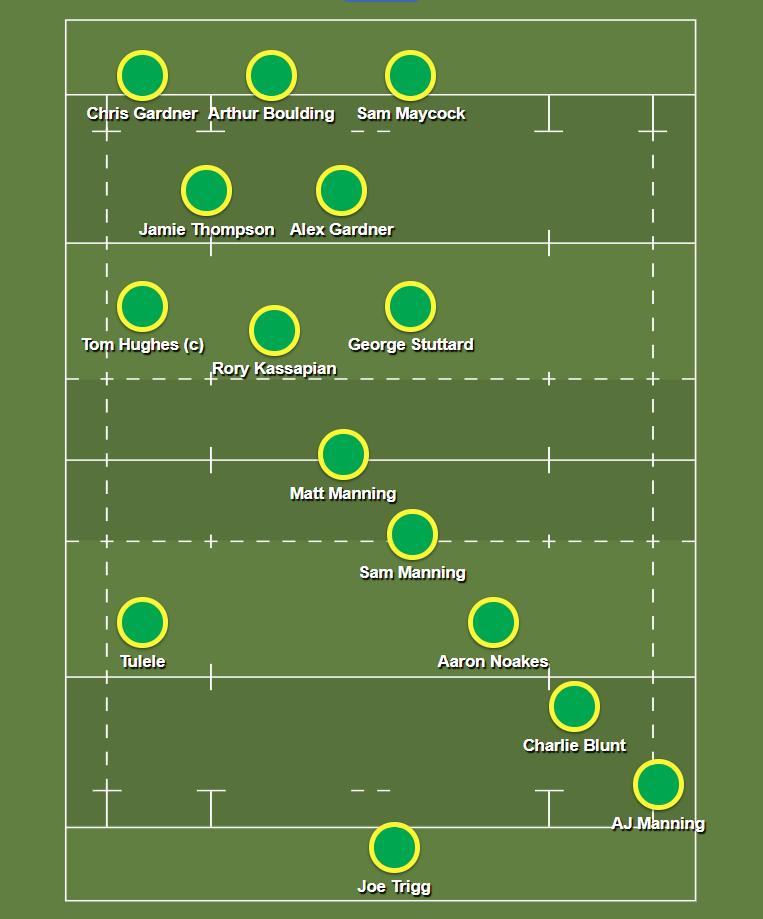 Come down and show your support. KO 3pm.

Eagles returned to action against Trojans hoping to put in a good performance for the home crowd. Following a disappointing loss to Andover two weeks ago with a bare bones team for the away fixture, this week, Head coach Dan Leek had good numbers in training and available to pick from.

The game started off well with Sam Manning kicking the first points for Eagles from the tee after a Trojans infringement with only 2 minutes on the clock. 3-0 Eagles.

Weather and conditions meant that Eagles looked to play a fast paced game, linking the forwards and backs well in the early exchanges. Another infringement from Trojans resulting in the next points again coming from the tee, Sam adding 3 more points to the board. 6-0 Eagles.

The first try came on the 24th minute after a spell of pressure from Trojans driving deep into Eagles territory ended in a turnover by Jamie Thompson, the ball spun wide to Joe Triegaardt who raced the length of the pitch to score. Sam Manning adding the extras. 13-0 Eagles.

Sensing opportunity out wide, Eagles looked to the make good use of the five metre channels, Lemeki Tulele coming off his wing to join the back line creating the overlap, finding the corner of the defensive line and setting up Joe for his second of the day. 20-0 Eagles with 33 minutes gone.

Lemeki’s influence wasn’t finished there; 5 minutes later Trojan’s fly-half missed judged his kick to touch from a penalty. Lemeki fielding the ball and running it back. A sublime piece of individual skill in chipping the Trojan winger and collecting on the bounce to score. Sam Manning having a busy day from the tee, kicking the extras. 27-0 Eagles.

Eagles weren’t finished however, with seconds left of the first half. Trojan’s restart kick was gathered and recycled quickly to Autiko Domonakibau, who offloaded in contact to Lemeki. With one defender out wide left to beat, he drew his man to put Joe Triegaardt in space who raced home to score the last points of the half. Eagles 32-0. HALFTIME.

The second half started in the reverse to the first, with Trojans starting the half with renewed determination, building pressure well resulting in scoring their first points of the game but missing the extras. 32-5 Eagles.

Those points proved to be Trojan’s last of the game, as despite some sustained pressure from the visitors for the next 10 minutes, Eagles defence held firm. Having spent most of the start of the second half in their own 22, a momentary change in possession resulted in two crisp passes out to Joe. Rounding his opposite number to gallop home for Eagles first points of the second half. 39-5 Eagles.

The back-line weren’t finished there and the game was about to open up further with some wonderful interplay between Charlie Blunt and Joe Triegaardt. Charlie feeding Joe on the outside who stepped the first defender and offloading out of the back of his hand back inside to Charlie again who maintained the perfect inside supporting line and racing in under the posts. Sam adding the extras. 46-5 Eagles.

Joe’s 5th try of the day came from a scrum at the 74th minute in the centre of the field presenting a perfect attacking opportunity. Rory Kassapian picking from the base of the scrum, passing to Matt Manning on his shoulder and onto Joe at full pace out wide. The Trojan’s tired looking cover defence no match for his speed and outside arcing run. 53-5 Eagles.

Only moments left in the game, Eagles set a very similar attacking move in motion from another scrum at the 78th minute of the match, this time on the right hand side of the pitch. Quick ball from the base of the scrum to Sam Manning and down the back-line to Joe who rounded the final defender and completed his double hat-trick. FULL TIME.

Thank you to all of the home support on the sidelines!

Eagles take on Old Tiffinians RFC next Saturday and hope to take some of the momentum from this win with them on the road.