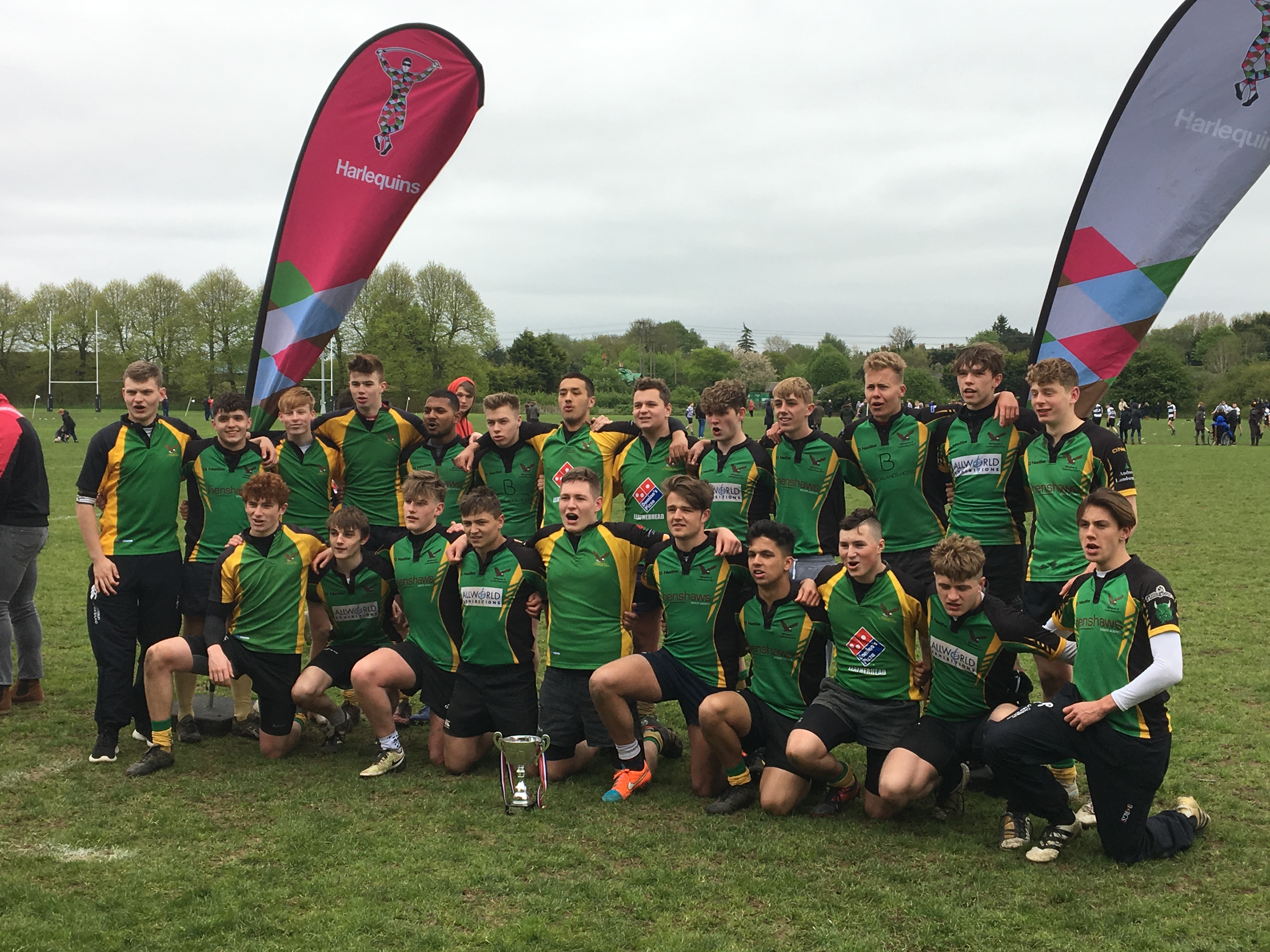 The boys got off to a fantastic start and, with some quick thinking, ran in 2 quick tries and put 12 points on the board. Rosslyn Park rose to the challenge and came back to end the first half just 2 points behind with 2 unconverted tries.

The second half was hard work with a sustained attack from a determined Rosslyn Park requiring all the boys to dig deep and show their character with some fantastic defence. Finally, having repelled every attack Rosslyn Park could throw at them the boys broke through and ran in 2 excellent and converted tries to finish the game worthy winners 26-10.

This was a fantastic display of rugby and a testament to the boys spirit with every single player, not only giving 100% but most importantly playing for each other as a team.

What a fantastic and fitting way for the boys to end their Junior Rugby at Effingham:

Winners of the Quins Cup and joint 3rd (well that is how I see it) in the Presidents Cup of the Waterfall Competition – Come on you Eagles!!