Epic…… is the only word to describe the team’s performance yesterday….Absolutely Epic!

To beat a team as good as London Irish surely must be this team’s most outstanding performance yet!! We scored a great try early on, only for Irish to then step up their game and show us what a well drilled, dynamic team they are as they scored 2 tries before half time leaving us behind for the first time this season.

But our boys don’t like being beaten and at halftime there was no panic only determination to win the game. They came out in the second half and really turned up the pressure on Irish which eventually lead to Irish receiving 5 yellow cards. Remarkably and against their natural instincts, the boys remained absolutely calm and calculating playing proper rugby against reduced numbers which eventually saw us cross the line twice and take a 17-14 lead.

The Colts then withstood 10 minutes of intense Irish pressure on our line but our defence was heroic and eventually, after what seemed the longest 10 minutes ever, the final whistle went.

Well done to everyone involved. A man of the match was awarded afterwards to a very deserving Louis who literally put his body on the line for his team!! Also, good to see Jake back after long term injury and to be playing so well.

What was really impressive about this result was to see the quality of player that was on the side line watching and just imagine our squad when Cameron, Finn, Sam C and Joe P are available again! 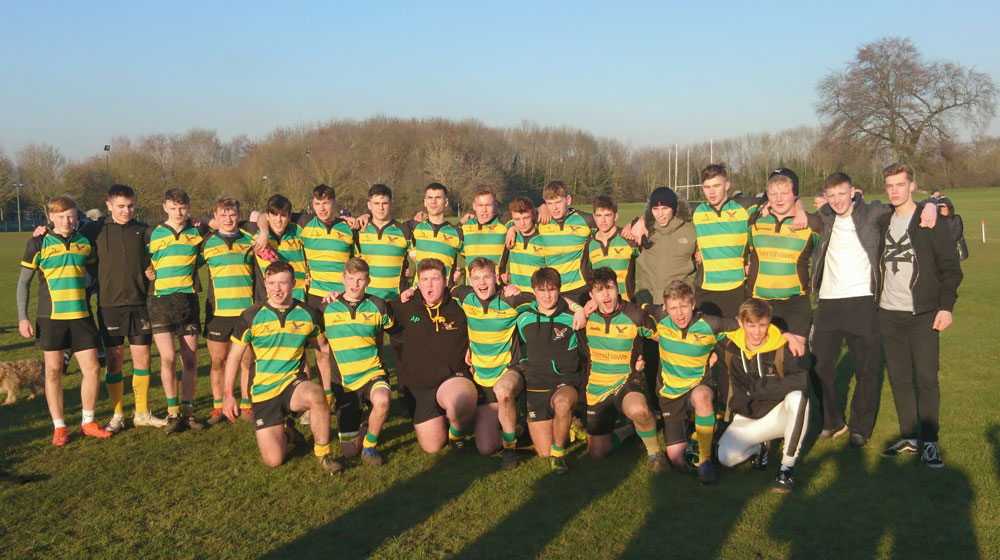